On a hot day in Washington, D.C., a bunch of us went underground–to sketch! Our destination was (and is) not open to the public yet, and–having been there–it’s clear that it’s not a public venue for good reasons. The “Dupont Underground” is a large former trolley station (opened in 1949) and food court immediately underneath Dupont Circle. There are plans underway for its restoration, but it’s going to take some time, clearly.  Other than serving as a bomb shelter (if needed), this space hasn’t been in use now for decades.  The new management has bold ideas for it, basically illustrating the concept of the “adjacent possible” described earlier on this blog (a concept attributed to innovation author and expert, Stephen Johnson, in his book, Where Good Ideas Come From). 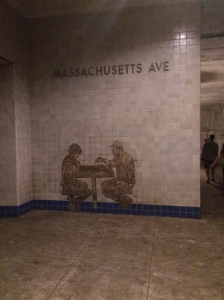 Illustration: Photo of image on a wall in the Dupont Underground

It’s a bit unnerving to go into such a dark, dank space, and bold to even think about sketching it, probably. The air was humid and a bit gritty. Tunnels stretched out in multiple directions, pitch black. Most of us stayed in the dimly lighted areas. A few who were not intent on sketching and who were equipped with flashlights ventured into the gloom. The rest of us tended to mass together towards the end of one tunnel:  this was not a place you really wanted to be alone in!  There we worked in nearly total silence; the loudest noise was the sound of sketchers’ pencils shading in areas of sketches. 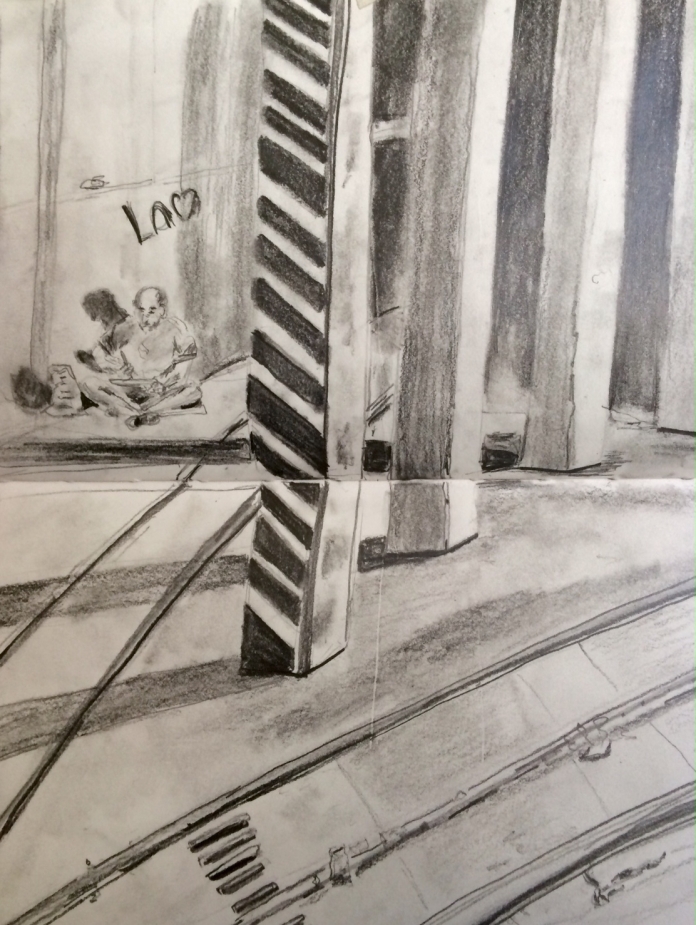 Afterwards, it was a relief to get back above the surface again, into the strong, swelteringly hot sunlight of a Washington, D.C. afternoon in August! Some of us will wait until the underground is spruced up a bit more before venturing back to see it again! 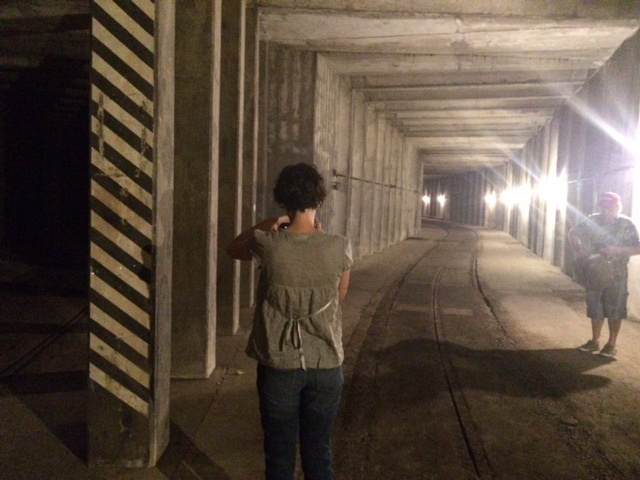